Many dog owners swear that their fur-babies can pick up their moods and emotions. It is not just an illusion. Scientists have conducted a study and found that dogs can discern when their owners have positive or negative emotional expressions.

The scientists recruited 17 domestic dogs, none of whom were trained for the study. They showed the dogs images and sounds that convey either a positive or negative emotional expression in humans and dogs.

The scientists revealed that when dogs heard positive sounds, they looked significantly longer on the faces that matched the positive emotional state in both human and canine subjects. When they heard negative sounds, they stared longer at the angry faces.

The scientists concluded that dogs have an internal categorisation of emotional states. They can distinguish between positive and negative emotions based on a person or canine’s facial expressions and sounds.

Scientists have hypothesised that chronically anxious people can be causing their pets to experience stress. To investigate, the scientists recruited 58 owners and their dogs in Sweden. They had the owners fill up a questionnaire about their own mental health and personality traits as well as those of their pets. The scientists also measured the stress levels among human and canine participants over the course of several months.

At the end of the study, the scientists found that the anxiety level of dogs corresponded with the anxiety level of their respective owners. Owners who have high amounts of the hormone cortisol, which is associated with stress, have dogs with high amounts of cortisol, too. However, the scientists did not see evidence that anxiety among dogs increases anxiety among owners. In short, anxious owners lead to anxious dogs, but anxious dogs do not create anxious owners.

The results further prove that dogs can read the emotions of their humans. The scientists, however, emphasise that the findings do not, in any way, discourage people with anxiety from adopting dogs. The presence of dogs can make a person feel calm, as previous studies have proven. But, dog owners should know how to calm their anxious dogs. 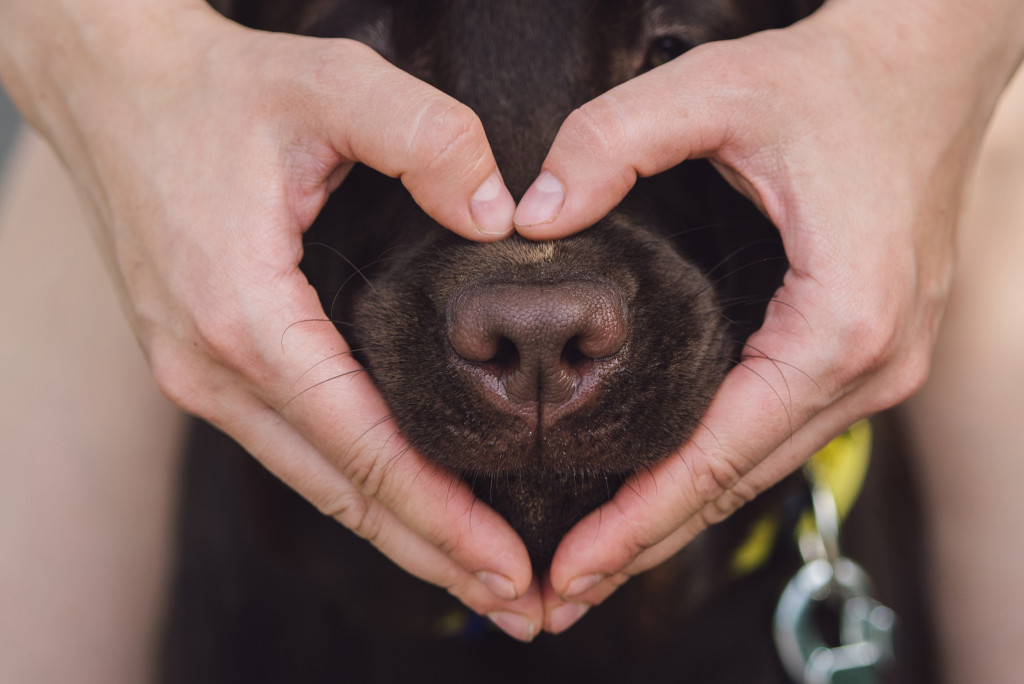 There are several ways to treat anxiety among dogs, and one of them is counterconditioning. The idea is to replace the dog’s response to stimuli by replacing a bad behaviour with a good one.

Train the dog to focus on the owner instead of the trigger to prevent them from becoming aggressive or anxious. Of course, whenever they show good behaviour, they should be rewarded with yummy dog treats and positive verbal affirmations.

Go for a Walk

A walk can burn excess energy, which reduces anxiety. When a dog is stimulated through playtime and exercise, it is less likely to pick up negative behaviors stemming from anxiety. Dogs need ample physical activity every day to make sure that they are healthy in both body and mind.

Just like humans, regular exercise is necessary for a dog’s well-being.

Now that you know that your dog can understand and pick up your negative emotions, you can do something to prevent your fur-baby from becoming anxious, too. Owners should learn how to control their anxiety by doing relaxation techniques, correct breathing techniques, or mindfulness.

Meditation has been proven to help people become more resilient to anxiety and other negative emotions. It calms the body and mind by removing stressors. It makes the person focus on their breathing, bodily sensations, or a mantra. Yoga is a type of meditation that involves a series of postures, but it still employs breathing exercises to relax the body and mind.

People who experience chronic anxiety should also speak with a mental health professional. Some conditions need medical intervention. The therapist could recommend that the patient take medication to deal with anxiety or go through therapy. One of the most common types of treatment for anxiety is cognitive therapy, which involves cognitive restructuring or turning negative thinking and behaviour patterns into positive.

People get anxious, and so do dogs. Owners should find ways to help their dogs calm down whenever they feel anxious by counterconditioning or getting exercise. However, the most effective solution when a dog feels anxious is for the owner to calm down. Dogs pick up the negative emotions of their owners, which includes anxiety. When the dog sees that their owner is calm, it will likely calm down, too.