In articles about technology and its effects on the body, the negative effects are often at the forefront. For the most part, there are indeed many things to be worried about.

In particular, it has changed the posture of the average man. Spending hours looking at mobile phones leads to Forward Head Posture or “Text Neck,” which causes ailments from shoulder pain to kyphosis. And while scoliosis is not yet proven to be one of them, this bad postural habit can be especially harmful to scoliosis patients, as it can undo all the hard work they’ve done with their scoliosis specialists.

Then again, everything has its pros and cons. In some ways, technology can also be used to change our bodies for the better.

For once, let’s take a look at one of the pros of technology on the body. It’s something that’s already affected you upon watching on Netflix: the subtitles.

Subtitles for Persons with Hearing Disabilities

Before the subtitles we know today, text in film and TV appeared as early as silent films. They were then known as intertitles, used to provide description or narration to the story. However, the talkies era made the film viewing experience difficult for persons with hearing disabilities.

In 1909, M.N. Topp filed a patent for a device that could rapidly show text in motion pictures, which led to the development of modern subtitles.

Today, subtitles in media are mandated by American laws, such as the Americans with Disabilities Act and the 21st Century Communications and Video Accessibility Act (CVAA). They provide video and audio accessibility for the deaf and those hard of hearing.

As subtitles became more available, they became a preference for hearing adults as well.

If you can’t watch movies without subtitles anymore, you’re one of the hearing adults who swear by subtitles in film and TV.

Many of them note how subtitles are helpful even if you are capable of hearing. They claim it helps them multitask, note the bits of dialogue they miss from just hearing, and track people’s names that don’t sound like they’re spelled, among others. While these are personal observations, they do have some science to back their beliefs.

The Sound of Words: A Common Problem in Communication

The human ear responds to frequencies between 20 Hz to 20,000 Hz (20 kHz), but most speech frequencies range between 100 and 4,000 Hz. Nonetheless, listening is a much more complex task than simply hearing syllables.

It’s become a common experience to “hear” someone say something, only to find out later that they said a completely different thing. Sometimes, people can’t hear completely what another person is saying, even after asking them repeatedly, creating memes about it online.

Even if speech frequencies among humans are well within an average person’s hearing ability, factors can affect how we process the words coming from another person’s mouth. Human communication is multi-sensory, and aside from sound, visual and tactile cues may be involved. External distractions such as a TV playing in the background can affect one’s listening skills. Thus, even basic words can sometimes elude the human ear.

To limit the occurrence of miscommunication instances, you may want to always turn on your subtitles, as they are shown to improve listening skills. Not only that, tons of studies have concluded that it can improve literacy, memory, and overall comprehension of the video being watched. 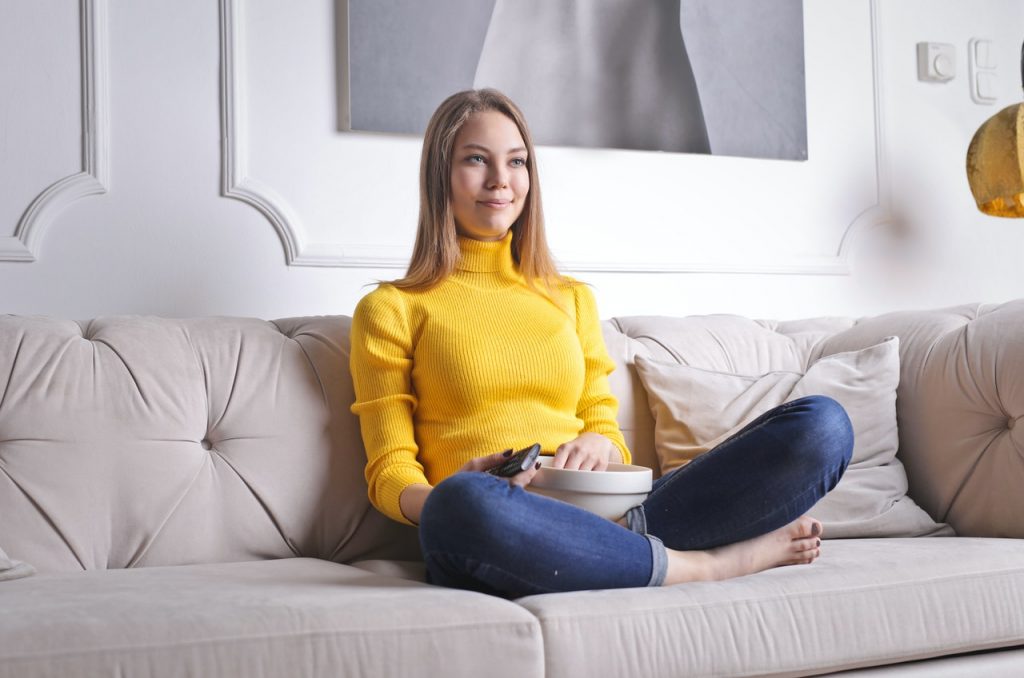 The benefits of subtitles in listening abilities have been largely documented in research about international students learning English.

In another study by Garza, 70 advanced learners of English and 40 college-level learners of Russian watched videos, where one group had subtitles while the other did not. They were later asked to answer a multiple-choice comprehension test about the videos. Those who watched with captions significantly outperformed the other group.

These findings support theories on the importance of phonological awareness in reading and listening abilities, as found by many other earlier studies.

Netflix and most subscription-based streaming sites provide everyone access to subtitles. Even YouTube has vastly improved upon its auto-generated captions. Make the most of such technology. Sit back and enjoy a movie while working on your phonemic awareness at the same time.