Smoking is one of the most common activities Americans do. It’s estimated that about 30 million Americans smoke. Although social smoking and recreational smoking is acceptable, there are still some serious risks that can occur when smoking. Here’s what you need to know about the science behind smoking.

What Happens When You Smoke?

The moment you light up a cigarette, your body begins to absorb harmful toxins from the smoke. These toxins include nicotine, tar, carbon monoxide, and other carcinogens. Nicotine is an addictive substance that stimulates your central nervous system, which can cause a rush of adrenaline and relief from stress. Tar is a sticky substance that coats your lungs and increases your risk of lung cancer. Carbon monoxide reduces the oxygen available to your organs and tissues, leading to shortness of breath and increased heart rate. Finally, carcinogens can lead to cancerous cell growth in your body.

The Long-Term Effects of Smoking

Smoking increases your risk for dozens of diseases. Here are some of the most common ones:

Smoking is known to increase the risk of oral cancer. This type of cancer can affect the mouth, throat, and lips. It’s associated with an increased risk of death due to its aggressive nature. Therefore, smokers are suggested to visit the local dentist office more frequently than non-smokers. This reduces the chances of developing oral cancer or catching it early on.

Lung cancer is one of the most common cancers caused by smoking. The carcinogens found in cigarette smoke are mutagenic, meaning they can damage or alter the genetic material in cells throughout the body. As a result, smokers are at an increased risk of developing lung cancer and other forms of cancer. It is estimated that more than 80% of lung cancer cases are caused by smoking.

Smoking can also increase your risk for cardiovascular diseases such as coronary heart disease (CHD), stroke, and peripheral vascular disease (PVD). These diseases are caused by the narrowing or blockage of blood vessels due to fatty deposits called plaque buildup. This process is known as atherosclerosis. For example, smokers are twice as likely to develop CHD compared to non-smokers, and their risk increases with each additional cigarette smoked daily. Smoking also increases your likelihood of suffering from a stroke or PVD.

Emphysema is a severe lung condition caused by damage from exposure to cigarette smoke over an extended period. Symptoms include difficulty breathing and coughing up mucus regularly. While treatments exist for emphysema, they cannot reverse the damage caused by smoking – only prevent it from worsening. Once again, this emphasizes how important it is not to start smoking in the first place!

COPD is a chronic inflammatory lung disease that makes breathing difficult and causes permanent damage to the airways in the lungs. While COPD affects people who have never smoked, those who smoke have an even higher risk of developing this condition. The longer someone smokes, the more likely they will build COPD symptoms such as shortness of breath, coughing up mucus, wheezing, and chest tightness. Additionally, smokers may experience reduced energy levels due to a lack of oxygen from damaged airways in their lungs.

Lastly, smoking can lead to substance abuse or also known as addiction. Smoking is highly addictive and can be challenging to quit, even with support from family and friends. Withdrawal symptoms such as irritability, anger, anxiety, depression, difficulty concentrating, and sleeping are common for smokers who attempt to quit. In addition, long-term addiction to smoking can lead to physical dependence on nicotine. 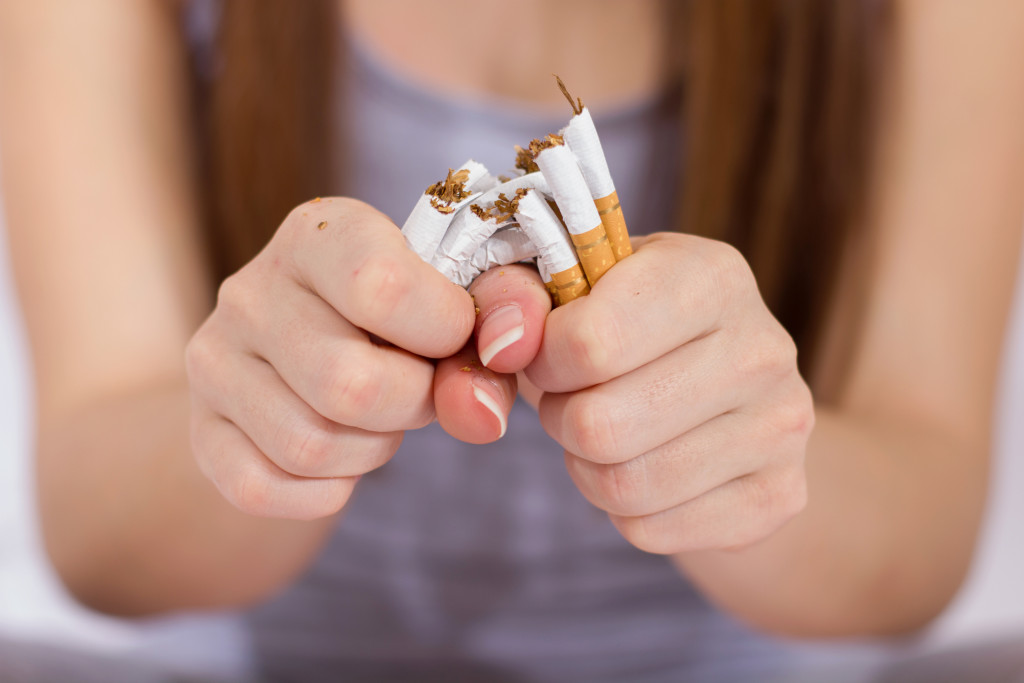 Why Is Smoking So Hard To Quit?

As mentioned above, nicotine is an addictive substance that causes the central nervous system to become dependent on it over time. That’s why quitting smoking often feels like an uphill battle – after years of tobacco; our bodies have become physically addicted to nicotine! In addition, withdrawal symptoms such as irritability or difficulty concentrating can make it hard to stay motivated when trying to quit. That’s why many people were trying to quit turning to medication or therapy. These treatments help ease withdrawal symptoms so people can focus on their goals without feeling overwhelmed by cravings or physical discomfort.

Smoking has numerous negative impacts on our health, both short-term and long-term, from respiratory issues caused by carbon monoxide poisoning to an increased risk of developing certain cancers due to exposure to carcinogens in tobacco smoke. There’s no denying that cigarettes are hazardous to our well-being! Additionally, nicotine addiction makes quitting extra challenging, as withdrawal symptoms can sometimes be overwhelming. If you’re looking for help quitting smoking, speak with a doctor about options such as medications or therapy – it could be just what you need!