About 90 percent of injuries in the oral and dental area involve the lips, upper jaw, and incisors. In sports, athletes are likely to get injured at least 1.6 times more without protection from, for instance, mouth guards. Mouth guards are made to protect the teeth, lips, and adjacent areas. The shock-absorbing material that they are made of serves as a cushion from blows and as a barrier between parts of the mouth and jaw.

By serving as buffers, custom mouth guards prevent lacerations and bruising. They also prevent fractures on the teeth and dislocations by redistributing the impacts of blows to all the teeth. The cushioning feature avoids contact between opposing teeth, and the elastic support secures the unsupported parts of the jaws.

Since muscles of the face, jaw, and head are one of the most constantly used, the high levels of stress to them are only natural. In neuromuscular treatment, the tension from this stress is released by simply aligning the jaw. Finding the proper position is difficult since our body is inclined to create tension spots and misalignments, especially those in the hips and shoulders affected by jaw and neck misalignments. This is where custom mouth guards can help. With the muscles of the neck and face relaxed, a spillover effect is sent throughout the rest of the body. 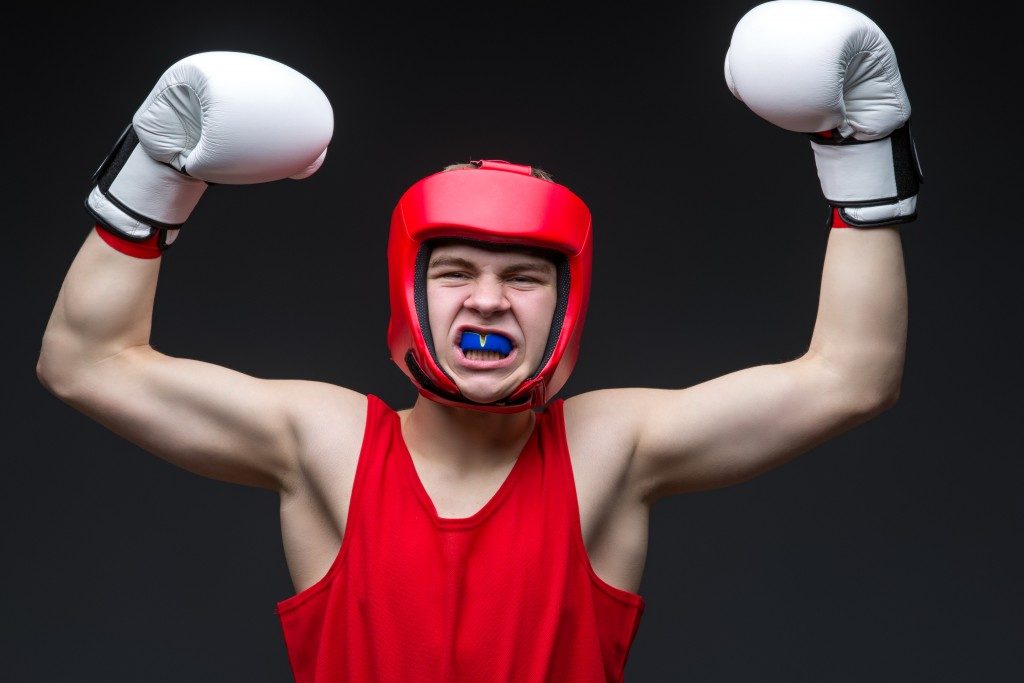 Custom mouth guards offer neurophysiologic effects to performance. The stress hormone cortisol is found to be released and lactate levels are controlled. Via a repositioned mandible, the blood flow and absorption of oxygen in body tissue are improved. In effect, upper body strength and endurance are improved as well. This is often observed among football players as better arm strength is seen when mouth guards made changes in bite patterns. Other research results suggest improvements in recovery time, concentration, and stress response.

With better performance, athletes will feel more confident. Operating with the belief that they are less likely to get injured with better protection, conditioning, and stress response, athletes become more aggressive during competition. Being tentative or signs of nerves are eliminated with the use of custom mouth guards.

Athletes subject their body to the heaviest beating, resulting in injuries and corresponding loss of confidence. With custom mouth guards, the negative effects of competition can be greatly reduced. From simply repositioning the head, jaw, and neck, a positive ripple effect is ensured to the rest of the body.