Millions of people in the United States get wounded each year. Most of these are accidental due to carelessness or simple accidents, while some are the risks that come with certain jobs. Most wounds are minor and require little attention, but the major ones are life-threatening if you don’t seek medical attention on time, while some can be so severe that it may affect you for the rest of your life.

When you receive a major wound, you need to head to the nearest emergency room. However, there may be cases where the emergency room is far away and the ambulance will take time before it arrives. In case of major wounds, time is of the essence and you need to perform immediate first aid to prevent the wound from getting worse.

On the other hand, minor wounds are not as serious since the body can heal itself, but it will require some attention. If left uncleaned and unbandaged, you risk exposing an open wound to external elements, which could slow down the healing process and increase the risk of bacterial infection, which could lead to sickness that may have you end up in the emergency room for a much more serious disease.

In case of either, it’s important to know what to do when you or someone you know gets injured. Here is what you should do to handle major wounds before heading to the emergency room and how to treat minor wounds to prevent infection.

A major wound has serious tissue damage and severe bleeding. The most common types of major wounds come from stabbing and fired bullets, but major wounds can also come from everyday accidents. Regardless of the source, unlike minor wounds that only scratch the surface, major wounds’ tissue damage means that it will take more time to heal. And as such, the blood flow means that there is a damaged blood vessel, which means the bleeding will continue, so you need to take emergency medical care.

The best emergency care you can do is to stop or slow down the bleeding by applying pressure to the wound. Use a dressing to press against the wound and then wrap it with a bandage to hold it in place. If blood begins to soak the dressing and bandage, do not remove and replace the bandage because this could continue the blood flow and cause you or the injured person to go into shock. Instead, add more dressings and bandages over the old one, applying more pressure to the wound.

Choosing to forego the emergency room could be dangerous for your condition. Even if you manage to stop the bleeding, you risk infection and its side effects such as swelling, severe pain, or pus and other fluids leaking out of the wound.

Minor wounds are less life-threatening. You can either treat them yourself at home or, if you’re unsure, head to your local urgent care clinic. These are walk-in clinics that treat injuries that require immediate care but aren’t life-threatening enough that it merits a trip to the emergency room. They’re much more affordable than emergency rooms, since you don’t require much of the equipment and emergency staff emergency rooms feature.

However, most wounds are so minor that all you really need to understand is how to clean a wound and apply a clean band-aid. After all, your body is equipped with the ability to heal itself. What you may also need to know is the type of minor wound you have and how to best treat it. 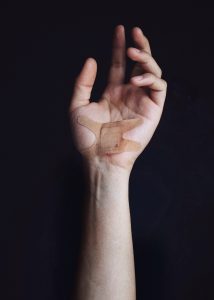 Cuts are open wounds usually seen as long lines because these come from sharp objects that leave a slice on your skin. You commonly get cuts when you have an accident in the kitchen while slicing vegetables, or when you’re doing a project and mismanage the way you hold a cutter or pair of scissors. A subset of cuts is a puncture wound, such as when you accidentally step on a thumbtack or you prick your finger while sewing.

All the situations above count as a minor wound. However, some cuts can be a major wound. When a criminal stabs you, they go beyond the skin layer, damage the tissue, and sometimes prick vital organs. This is what causes internal bleeding, which is a sign of major wounds.

Unlike other wounds, cuts are most vulnerable to infection. During all these examples, a foreign object cut through the protective layer of your skin, which means the bacteria on the object could have transferred inside your body. No matter how small your cut is, if the foreign object that caused your cut is particularly dirty and is likely full of bacteria, you need to seek medical attention. Otherwise, if it is a superficial cut with no bleeding but shows open skin and was caused by an object that isn’t very dirty, a simple cleaning and disinfectant should be enough.

Scrapes don’t involve sharp or pointed objects. Whereas a cut penetrates your skin and causes blood, a scrape happens when you rub your skin over something with so much friction that it rubs away the outer layer of your skin, exposing the inner layer and the blood vessels underneath.

Have you ever seen a person rub a piece of wood against sandpaper? That’s basically what happens to your skin during a scrape, but much more painful. You’re most likely to get scrapes on joints such as your elbows and knees. That’s because it’s a lot like when your dentist says that you’re dissolving the enamel in your teeth. By removing the outer protective layer, you’re exposing the inner layer and its nerve endings, which are the sensors which trigger pain. The more exposed it is, the more likely you will feel pain.

Since it’s not as penetrative as cuts, scrapes don’t usually bleed. However, since you will be disinfecting a wider area of open skin, it’s more likely to be more painful than cuts are, which are only limited to the slice.

Scratches are like a cut and abrasion combined. Instead of a sharp object, an object that causes scratches is blunter, such as your finger nails. When you scratch with your nails, you’re technically cutting and scraping, scraping off so much skin that it can start to bleed and cut as deep as a regular cut.

Also, scratches can be counted. A cat’s scratch, for example, isn’t a cut because a cat didn’t slice through your skin. Its claws scraped your skin off, causing bleeding. Unlike the other two, the most minor scratches will only turn red for a short while before going back to normal. However, scratches that cause bleeding may become infected. Some scratches may even go deeper, causing broken tissue and scarring.

Do not let a minor wound heal on its own without applying first aid. You’ll want to disinfect the wound to prevent infection and then cover it up regularly until such time the body does its job and sends red blood cells to clot and form a scab to protect the wound while the skin heals. 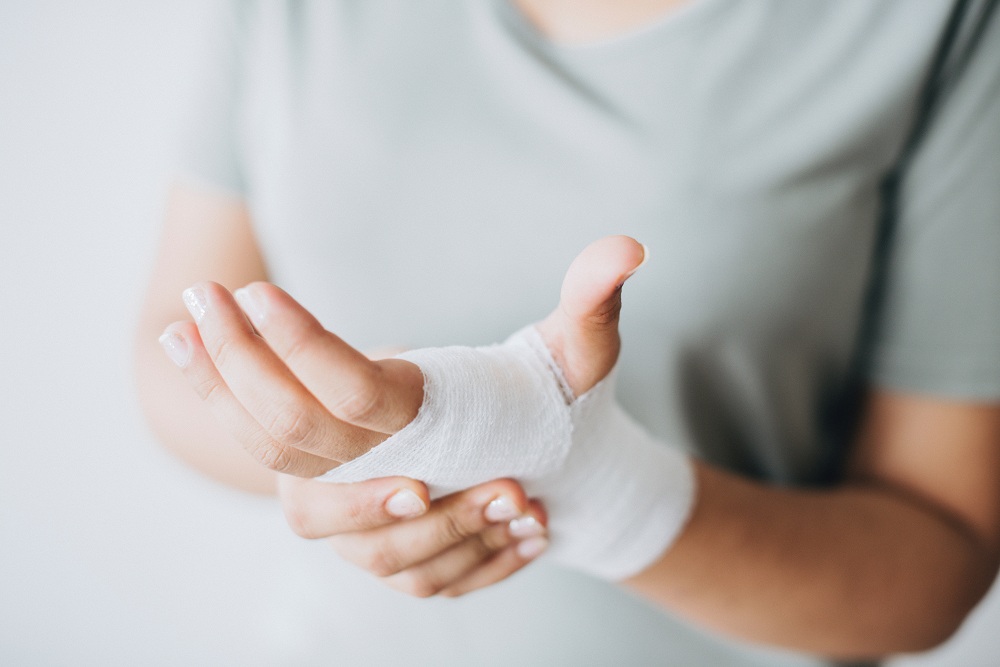 To treat minor wounds, first slow down the bleeding. Since it’s a minor wound, applying gentle pressure on the area should be enough.Once it slows down, clean the wound with rubbing alcohol or antiseptic wash. You can also use lukewarm water and an antibacterial soap. Minor cuts and scrapes may sometimes have debris you need to pull out.

Once that’s done, pour some hydrogen peroxide onto some cotton or a clean piece of cloth and dab it over the wound. It may be painful, but this prevents further infection for minor wounds. If it fizzes on your wound, that means it has killed the bacteria on your wound. Wait for the wound area to dry before applying a clean bandage, band-aid, or gauze, depending on the size of the wound. Repeat the cleaning process and change the band-air when it gets bloody or dirty.

Knowing how to treat minor and major wounds the most effective way not only keeps you healthy and prevents infection and unnecessary blood loss, it also makes sure you don’t buy into products that promise instant wound healing. The body has a way of healing on its own, so the best you can do is to help with the healing process. However, it’s important to note the major wounds your body cannot handle, and for such cases, you need to seek immediate medical treatment.