Many people know of the physical issues that many seniors experience. From arthritis to diabetes, seniors are susceptible to them. However, one of the more problematic aspects of aging is mental health.

There is an ongoing myth that it’s normal for seniors to get mental illness because they’re old. Many expect older adults to get depression or anxiety because they’re older. But this myth isn’t true, and it’s nowhere true. Instead of accepting this kind of normalcy, we should realize that older people are more susceptible to mental health problems. At the very least, research has proven the elderly are more susceptible to mental health issues.

Mental issues for aging people are common not because it’s normal but because they are susceptible to this. Two simple perspectives can explain this. The first is the biological perspective, and the second is the social perspective.

Biological determinism can determine people’s mental health. Genetics plays a significant role in getting certain mental disorders, alongside mental deterioration, with aging. For example, mental disorders such as schizophrenia are hereditary to a certain degree. People who have this disorder in their family have a 40 percent increased chance of getting it. However, if your parents have such a disorder, it doesn’t mean that you’ll immediately get it. Social factors also play a role in mental health problems.

The social perspective explains that older people have been through a lot more, hence, the reason for their susceptibility to mental illness. They’ve lost a lot more friends and loved ones, and because of this, they tend to be isolated.

Isolation and depression can be huge factors that contribute to dementia and schizophrenia, and that’s why aging adults are required to socialize once in a while. However, mental activities also play a significant role in preventing these mental disorders. Something as simple as doing a crossword puzzle every day can make a huge difference in a senior’s mental fortitude.

Studies have found that seniors who do crossword puzzles every day or occasionally have a good chance of preventing rapid mental decline. Furthermore, if they develop dementia in the future, they are less likely to experience rapid memory loss.

This particular mental activity is so simple and doesn’t require much time. But doing it almost every day can keep your mind alert and active, and that’s usually enough to prevent mental disorders from occurring. 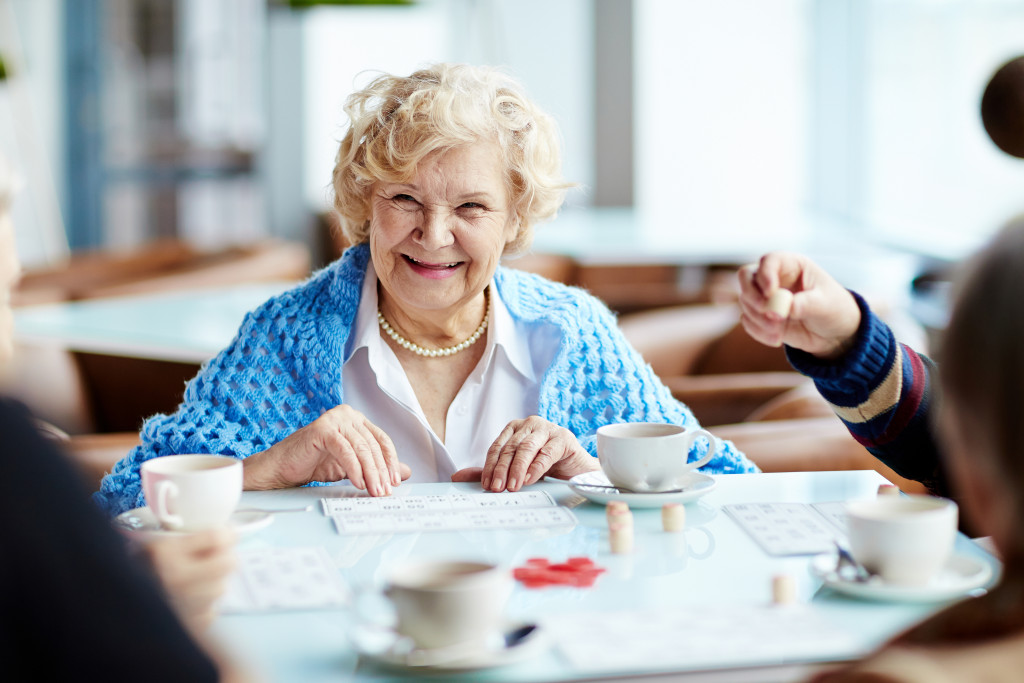 Bingo is the mainstay activity for many seniors. Moreover, they are utilized by many in-home health care agencies as part of their mental activities program. It stimulates the mind better than puzzles and can even test reflexes among many older adults. Also, many seniors choose bingo as their primary hobby because of how fun it is to do.

There are many reasons why this simple activity can help prevent dementia and even schizophrenia symptoms. One of these reasons is attributed to the social interaction that bingo brings. No senior plays bingo alone. It’s a place where they can meet other people their age and interact with them. Another reason is the strategies in play and the game’s competitive nature. Much like the next activity, we will be discussing. Bingo is a great mind stimulant and one that requires concentration and an alert mind.

Chess is one of the oldest sports in the world and has persevered throughout its many years of existence. It’s also one of the best mental activities out there. It’s a game that can never be mastered because of it the over one hundred million moves you can make.

It’s a compact mental activity which means you can play it anywhere you want. It’s relevant enough that you’ll find more than one person to play it with. It also has one of the oldest ranking ladders globally and one that’s constantly changing. It’s never too late to start your chess career while also preventing dementia at the same time.

It’s not normal for the elderly to develop mental health issues. That’s far from the truth. However, because of their overall state and eventual cognitive decline because of their age, they become far more susceptible to these problems when compared to other age brackets. But doing these mental activities occasionally or every day can be enough to protect you from such mental disorders.